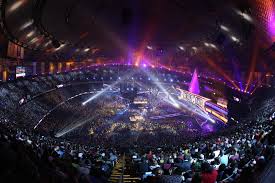 I’m a wrestling fan, have been for over 25 years.  There I said it.  I’m not ashamed to be a wrestling fan, but I am ashamed of an awful lot of wrestling fans.
Remember when it was fun to watch wrestling? When you didn’t know that the Undertaker’s real name is Mark, or that actually Hulk Hogan was a terrible human being? But it didn’t matter because damn it, you enjoyed the hell out of watching the events unfold?
I can remember being so invested in wrestling that I used to spend a half hour on the phone every week talking to my friend on a payphone about the Smackdown results, the Smackdown results! Can you imagine spending more than 2 mins discussing the results of Smackdown nowadays? Do you remember when you went to a wrestling show to be entertained, not to show the world how much you knew about the backstage shenanigans? There was no chanting for long gone stars, no ‘What?’ chants.  You didn’t boo the biggest babyface in the world, just because you are a grow man and he doesn’t appeal to you, and you sure as hell didn’t spend 5 years bitching about there being no new stars, then shit all over them when they do emerge.

Reigns is the perfect example, young, talented, good looking, successful, but booked badly.  Does this mean you, as a grown adult can’t just shrug and say, ‘nope, not for me’?  Not in today’s world.  No, you have to be part of a crowd that is more concerned with getting yourself over, than having fun.  Eventually they will find out what works for Reigns.
I blame the ‘knowledgeable crowds’ like Philadelphia or Chicago for starting it.  ECW died 15 years ago, just let it die.  CM Punk is not coming back anytime soon.  Maybe, if you don’t like what is being presented, don’t watch.  Don’t spend $50 going to a house show; spend it on an Indy show with some underused talent.  ECW brought us some great talents, Foley, Austin, Jericho, Eddie, Benoit and more, but also brought us New Jack, cheese graters and staple guns.  That is not wrestling.  If that is what you want to see, fuck off and watch CZW.

I recently took an 8 year old to see Raw on tour.  When the Diva match came on, he sat down and took out a magazine, not because it wasn’t good, but because his Dad told him the women can’t wrestle.  I’m pretty sure the Paige/Natalya match I saw was pretty damn good.  When I was 8 I didn’t know that actually Wrestlemania 4 was terrible, Savage aside.  I loved getting hyped up and enjoying it.  I didn’t have some ‘smart’ fan tell me that Hogan is and was a terrible in ring performer, he is, and he was, but he was also the biggest star on the planet for a while.
What I’m saying is, I suppose, if there is something you don’t like, don’t watch it.  Don’t ruin your kids’ enjoyment by shitting all over John Cena.
When I was a kid I loved watching the Big Boss Man, I didn’t need to know that logically he should have given back that prison guard nightstick, I just naturally gravitated to the people I liked, who I’m lucky to say ended up being the smaller, more technically sound Hart, Perfect, Savage and the like.  As I grew up I was never about the main event of the evening, I found my enjoyment in the lower card matches, and not the pomp.  During the Attitude era, I never really cared for Austin; I preferred watching Angle, Jericho, and Edge & Christian.
Enjoy what you like, and let others enjoy what they like; it’s all just entertainment at the end of the day…
I’m looking forward to Wrestlemana, will it be perfect? No, but will I enjoy it? Undoubtedly. I’m a wrestling fan, let me be a fan.

Moving onto the 2nd quarter of the year, this was a big one for me!

April kicked off with a few classic eps of the radio show, then a trip down to Nottingham for Southside Wrestling, taking the wife to her first ever wrestling show! She enjoyed it, and I interviewed future champion Max Angelus, a lovely chap and interesting interview.  I also signed up a very exciting guest host for the radio show. In May I was joined by possibly my favourite but certainly most high profile guest on 'Fixated On...' when I stayed up late to talk with Nick Santora, writer of novels and Prison Break.  He also created, sadly now cancelled, Breakout Kings and Beauty and The Geek.  A brilliant guest and very nice man, if you haven't seen his work yet, do it!

Also in May, I met with possibly the most attractive duo of guests we have ever had, no, Peter Marshall & The Lomos, not you! I was joined by the reigning Miss York, Anastacia Smith and model/event organiser Naomi Smith. 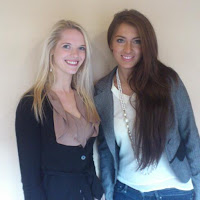 During May I went on a recording rampage, needing to stack up radio shows in time for my wedding! My very favourite recording was with the aforementioned Peter Marshall & The Lomos, or Spencer Vale as he is more often known.  I got a sneak preview of their new album, as they played it live for me! Great fun.
Then in June, the main event! I got married.  I have talked about that plenty, see almost any of the podcast episodes I did in July or August.  But here is a picture... 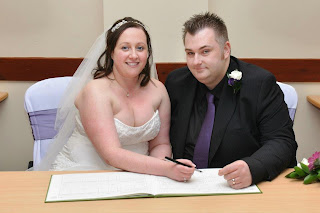 And then we went on a honeymoon to Egypt...it was nice, but don't get me started! 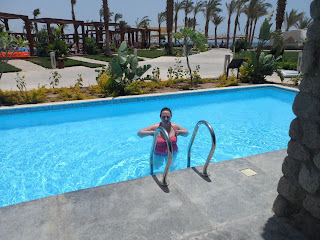 And from there, it has been pretty much a shitstorm of bank screwups, money issues and happily married life!

January started well, with wedding planning and a trip to TNA Impact in Manchester, where I interviewed then TNA World Heavyweight Champion Bobby Roode and tag team legend Bully Ray (formerly Bubba Ray Dudley).  So that was kinda cool!

February was pretty damn good too, had a great time at the SFX Weekender in Wales.  I travelled there with an old friend, Adam and some friends of his, I was a late addition to the party.  It started well, at 7am, in -5 degree temperatures, in a car without a heater.  We drove to Barnsley spraying de-icer on the windscreen so Adam could see out of it! There we switched cars to a lovely heated BMW driven by Lee, an old friend of Adam's. Much more comfortable! We arrived at Pontin's only to be pulled over by a load of Stormtroopers, where we were all pulled out of the car and patted down, disbelief is the word! All good fun though.  I had made plans to do a few interviews with some of the writers who were attending the Con, but very disappointed that there had been some sort of rail problem in London, which meant Stephen Mangan and Anthony Stwart Head would not be attending as advertised.  Still, onwards we go! I met up with the very lovely  Sam Stone, Emma Newman, Kim Lakin-Smith and Maria Dahvana for my radio show 'Fixated On...'  All of these ladies were delightful guests and provided me with some excellent audio for the show, particularly Emma, who I had intended to spend 15 minutes with having a chat about her book and we talked in the car park for nearly an hour! 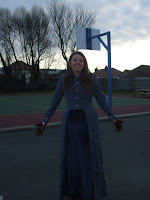 The highlight of the entire weekend, aside from the ridiculously hot girls on stilts in tiny pants, was Brian Blessed.  It was supposed to be a 45 min Q & A but I don't think the host actually asked him a single question and he talked solidly for about an hour, fantastic man, worth the trip to Wales on his own! We had to leave early because of the atrocious weather but had a cracking time. 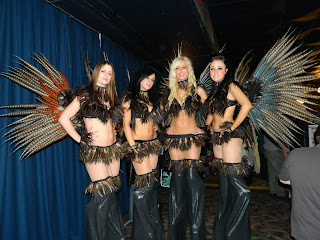 I also went to Nottingham for a Southside Wrestling show with my newest friend, Dani, where the catchphrase of the year was coined, but you had to be there to understand it! #lookatthesizofyourhead. Interviewed the best tag team in the UK (in my opinion), The Predators, who were brilliant guests, and uter gentlemen.
March was a busy one for me, I went to Manchester to see one of my favourite bands 3 Doors Down, reviewed it for Soundsphere Magazine, but also interviewed one of my musical heroes, Chris Helme (The Seahorses, The Yards).  3 Doors Down were good, but let down a crowd who came to hear Kryptonite.  The real highlight of the month for me was meeting up with Chris Helme to record the show, I had met Chris a few times in years gone by, but never really had time for a chat.  Chris invited me to his house for the recording and was a great guest.  We talked his musical history, including The Seahorses, who recorded one of my all time favourite albums in the late 90s, and played tracks from his new solo album, The Rookery.
I also spent a few days in London with one of my very favourite people, Kerry.  This trip was my first experience of the legend that is Megabus, arriving over 2 hrs late, but really cheap, so...
Posted by CultFix at 03:45 No comments:

Stand Up For Heroes 3

It is that time of year again! Time for us to promote Stand Up For Heroes 3.

After two very successful stand up gigs, all raising money for Help For Heroes, the time has come for another. 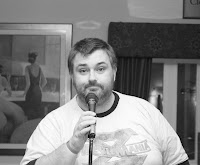 That is me, hosting last year.  Here is the poster for this year: 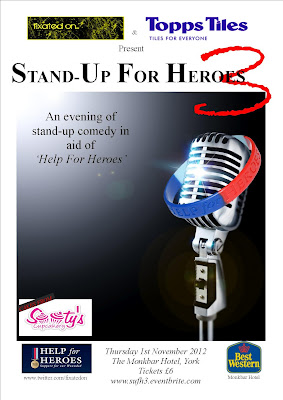 As before, the show will be held at The Monkbar Hotel, and co-produced by us, and Topps Tiles.  This year there will be a slight difference, I will not be compering it.  That job has fallen on the very capable shoulders of our friend, Rory McAlpine.  Rory is a very experienced MC and the show is in great hands, leaving me free to organise!
Our headliner will be the marvellous Richard Massara, Rich performed at the very first show, and tore the house down, we are delighted to welcome him back this year.
We will also be joined by Sam J. Brown, Nick Banks, Fran Garrity and Adam Benericetti, along with some musical comedy from Tom Taylor.

There will be cake from Sooty's Cupcakery, and a raffle!


As with last year, the tickets are only £6! Follow this link to get your tickets now, or call in to Topps Tiles, Layerthorpe, York and pick them up in person.  Every penny of ticket money, raffle money and a portion of cake sales will go to Help For Heroes.
Posted by CultFix at 04:36 No comments:

I have to apologise.  I am shit at maintaining this website! Sorry! I have got some nice people working on a shiny new version for me…it will kick in one day, I promise!
In the meantime, come find us on facebook.com/fixatedon or on twitter.com/fixatedon 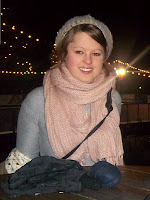 In which Steve Shooter is joined by writer/journalist Laura Reynolds for a discussion of some topical news stories.  Laura is a good friend, she used to work for me so recording together was very comfortable, Laura will return!

Originally broadcast on LeedsIndieRadio.net on Thursday 8th December 2011.
Posted by CultFix at 02:33 No comments:

In which Fixated On... makes it's radio debut!  This show was originally broadcast on LeedsIndieRadio.net on Wednesday 30th November.  This is that show, where Steve Shooter is joined by Stand up comedian Simon D. Heaven for a look at some news stories.  This is Simon:

We talked about this story, among others, a girl stuck in a clothes horse!

It does not feature the music we played. It does feature background noise, we were in the pub!
Posted by CultFix at 02:19 No comments:

Friends of the show